These transitional farthings were produced for a short period either at the end of the Richmond patent, or at the beginning of Maltravers one. They used similar legends to the Richmond coins, but the more ornate crowns and harp design? later used on the Maltravers pieces. Two privy marks exist – a harp and a pierced quatrefoil, positioned at 12.00 o?clock on the obverse. The former have an unrotated die axis ? the latter, rotated. Always 6 strings (not 7 as stated in Peck) 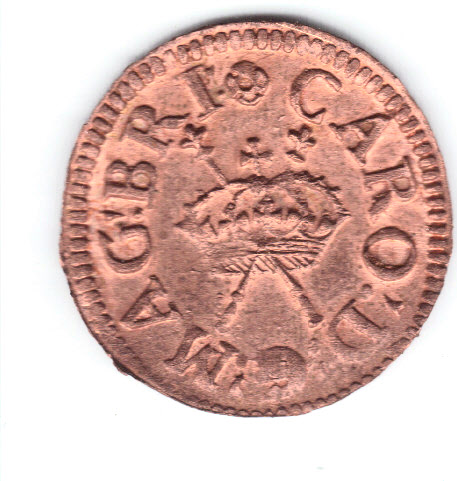